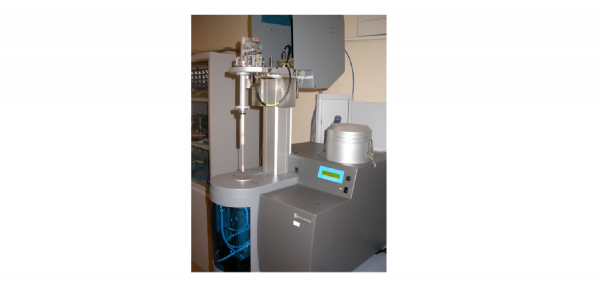 The Mozart analytical test program, conducted from 2005 to 2007, was dedicated to the study of oxidation in air of nuclear fuel cladding. This study was part of the International Source Term Program initiated by the IRSN, whose aim is to reduce uncertainties concerning the evaluation of radioactive product emissions into the environment in the event of a core meltdown accident in a pressurized water reactor or a spent fuel storage pool accident.

Mozart program to determine the air-oxidation kinetics of zirconium alloys at high temperature.

Because the current state of knowledge concerning the oxidation in air of zirconium alloy revealed unacceptably large gaps and large uncertainties, IRSN decided to launch the Mozart experimental program to supplement the databases and help to better understand and better model the mechanisms involved.

The temperature range studied was restricted to 600-1200°C, because beyond this temperature range, oxidation becomes catastrophic and precise knowledge of the phenomenon is not required. Different types of alloy (Zircaloy-4, M5TM and Zirlo) in different initial states (virgin, pre-oxidized, pre-hydrided to simulate the initial state of corroded cladding in the reactor) were studied. In these tests, synthetic air was used as the oxidizing medium, and the increased weight gain of the cladding due to oxidation was continuously recorded using a thermobalance.

For initially virgin cladding in the temperature range 800-1000°C, the experimental data revealed two kinetic regimes during oxidation at a given temperature. During the first phase, corresponding to the formation of a dense protective oxide on the initially bare metal, the oxidation rate falls, approximately following a parabolic function. After the cracking of this dense layer ('breakaway'), the second phase is characterized by a faster oxidation rate, which either remains constant or increases over time. The presence of nitrogen plays an important role in the degradation of the cladding in this accelerated regime, because a self-sustaining nitriding/oxidation mechanism generates the formation of a porous, non-protective oxide and causes creep in the cladding. Above 1000°C, the kinetic regime remains parabolic, and therefore rather slow, provided that there is sufficient oxygen in the oxidizing medium. Otherwise, nitrogen becomes preponderant in the oxidizing medium, and can then diffuse in the cladding and cause nitriding. The pre-oxidation layer can either have a protective effect or quite the opposite: an accelerating effect, according to the pre-oxide thickness and the temperature domain and the alloy concerned.

Based on these results, a new model for the oxidation of Zircaloy by air was incorporated in the Astec computational software package developed by IRSN to evaluate the consequences of a core meltdown accident.
Facility is not operating.